Milk has become quite a controversial drink over the past few years. More people are asking questions about where their milk comes from and about how the dairy industry works. While others are opting for plant-based milk instead. With so many myths about milk, you probably heard plenty of contradictory and confusing claims about what cow’s milk does to the body.

Does cow milk really cause serious diseases if drunk into adulthood? Does cow milk really give you strong bones? The truth is that there are pros and cons attached to drinking cow’s milk, but the benefits and hazards are maybe not what you would expect…

A brief look into the Dairy Industry…

The image of cows living on a small farm and being milked by hand in a barn is pervasive but it’s not entirely accurate nowadays.

A small artisan brand might produce milk like this, but generally speaking, large-scale milk production is less than idyllic.

Cows can only produce milk when they are pregnant. After giving birth, the calf is taken away from its mother within hours. The female calves go on to be nurtured as dairy cows while male calves are said to be slaughtered or sold as veal.

Cows are rarely milked by hand and are instead milked by machines. They are sometimes given growth hormones and medication so they can produce more than they naturally would.

As you can imagine a life like this for these cows is not easy and consequently, the average lifespan is about five years old. This is in very stark contrast to a natural cow’s lifespan which is about 25 years.

However, lots of small farmers treat their livestock well. If your concerns about milk are because of ethics, shop small.

Do Humans Even Need Milk?

We need calcium for optimal health, but it doesn’t necessarily need to come from animal protein or milk consumption. Dietary guidelines suggest drinking three servings of dairy per day – but having a low milk intake or none at all, isn’t exactly unhealthy.

Humans are the only mammalian species to drink milk after infancy, and the ones to drink from other animals. Infants drink breast milk because the nutrients are specifically tailored to their needs. For the first few months of their life, babies cannot eat solid food so they need to get their nutrition from the milk their mother can provide. They are then able to digest that milk without feeling sick because they have an enzyme called lactase.

As humans are believed to have been drinking milk past infanthood for well over 6,000 years, we adapted and have maintained lactase to varying degrees. So while it might have been odd for humans to drink milk past infancy in the first place, nature has allowed up to adapt and drink more milk without stomach pain.

Around 65% of the world’s population is lactose intolerant – hence why lactose-free milk and milk alternatives like almond milk exists. Some people can train their bodies to adapt to be able to digest lactose by ingesting small amounts over a long period of time.

That said, lactose intolerance seems to affect the world’s population differently. People of Caucasian descent are less likely to have lactose intolerance. It’s more common in people of African American descent, Hispanic people, and Asian people. This is variance is often attributed to how much our ancestors drank dairy milk or didn’t.

Milk is not unhealthy. It’s a great source of protein, vitamins, and minerals. Cow’s milk is a good source of vitamin B12 which can help prevent anemia. It contains vitamin B too which helps provide energy and vitamin D which is good for teeth and bones.

Keep in mind that there is saturated fat in dairy products which can raise your levels of “bad” cholesterol, cause weight gain and increase your risk of heart disease. So, be sure to watch how much of this kind of fat is in your diet.

Additional benefits to drinking cow milk are as follows:

What are Some Myths About Cow Milk

This is not true. While calcium supplements seem to increase a person’s risk of developing kidney stones, there is currently no compelling evidence that calcium-rich foods pose the same hazard. For example, recent research conducted at Washington State University found that those who drank milk each day were no more likely to suffer from kidney stones than were study participants who drank apple juice. Plus, there is even a study that suggests at least three daily servings of dairy might lower your risk of developing kidney stones.

One of the most persistent myths about milk is that it stimulates mucus production in the respiratory tract, potentially causing asthma symptoms or nasal congestion. For people who aren’t allergic to dairy, there is no scientific evidence that milk causes an overproduction of mucus.

If you are drinking milk while you have a cold you might feel that milk makes congestion feel worse but that is because your existing mucus is coated making it feel thicker.

Myth 3: If you drink cow’s milk, it had better be organic

While organic food gets a lot of positive press, there’s no obvious reason to believe organic milk is better for you than the non-organic alternative. There’s a lot of talk about growth hormone being in non-organic milk, but the truth is that stomach acid destroys growth hormone–that’s why children with hormonal deficiencies need to receive their growth hormone dose in the form of a shot. In addition, the nutritional content of cow’s milk is the same, regardless of whether it’s organic or not.

Organic foods are usually more expensive. If you can’t afford organic milk, you don’t need to worry about the non-organic variety being less healthy for you.

Myth 4: You should choose raw unprocessed milk as that is healthier

The flavor of raw milk certainly is certainly preferred by some people, and certain studies suggest that drinking raw milk is easier for the digestive system to process. However, according to the Centers for Disease Control, you should think twice about drinking raw milk as it may contain dangerously high levels of hazardous bacteria, such as listeria and E. coli. These pathogens can give you a nasty intestinal infection, and may even cause fatalities in those who are very young, old, pregnant, or immunocompromised.

Store-bought milk is generally pasteurized. The pasteurization process involves heating the milk to a certain temperature so that no pathogens can survive – so, pasteurized milk is not “processed” or “unhealthy” as some myths might suggest.

If you do want to drink raw milk regardless, you’ll have a difficult time finding it. In many states, it’s illegal to sell unpasteurized dairy products across state lines. Some small brands or farm shops will still sell raw milk products.

Cow’s milk is a good source of calcium, but it is not the only source. Yes, cow’s milk technically has more calcium than plant-based foods like leafy greens or collard greens. However, some of these foods have a higher bioavailability than dairy, which means more of it is absorbed.

Cow’s milk bioavailability is around 30%. So, if you drink 300 mg of calcium in milk, only around 100 mg will actually be absorbed. In comparison, bok choy has a bioavailability of 50%.

If you choose to forego dairy products for health or ethical reasons, you can avoid deficiency by consuming foods like fortified milk alternatives such as cashew milk, leafy green vegetables, tofu, nuts, and bread.  So, if you’re vegan and eating right, you shouldn’t have an increased risk of hip fracture or end up with a low bone density. Public health messaging has pushed that dairy is a requirement for optimal health, but is not as true as they make it appear.

Fun Fact: The recommended daily amount percentages on food packaging are calculated having taken the bioavailability into account.

There’s a popular urban legend that a child with a fever shouldn’t have cow’s milk because it will curdle in their stomach and make them ill. This is a myth. Milk can actually be helpful if a child is ill as it is a way to get some much-needed calories. An ill child might feel too nauseous to stomach a full meal, but drinking a glass of milk can ensure they get some nutrients.

Myth 7: You should drink cow’s milk because cows need to be milked

If you decide to consume cow’s milk, don’t do so because you think you’re helping the animals. They only produce milk if they have recently had calves, so there are plenty of cows that don’t need to be milked at all. If baby cows were left with their mother, the calf would drink its mother’s milk until it’s old enough and then the mother would stop producing it – just like humans do!

There are also good reasons to suppose that it’s unkind to artificially inseminate cows to stimulate continual milk production. Consider your ethical perspective on these issues, and make your decision accordingly.

Although cow’s milk is a good source of calcium which is necessary for strong bones, it is not the only source of this mineral. If you get your calcium from other sources it is just as well.

Milk is high in protein. While protein-rich food and drinks are trendy at the moment, they can be overkill, Consuming too much protein can put additional pressure on your kidneys which can end up leaching calcium from your bones. This leads to an increased risk of bone fractures and breaks.

Milk is also very high in vitamin A. Vitamin A is a fat-soluble vitamin which means it is stored in the tissue and body Excessive consumption does not just leave the body, it builds up and can weaken bones. In fact, studies consistently show that those who drink more milk are at higher risk of fractures in older age. Quite the opposite of what we are often told.

There are plenty of misleading claims being made about the impact cow’s milk can have on health and about the milk industry in general. The truth about milk is that there are good reasons to avoid it and equally good reasons to believe you may benefit from it. Current research suggests that moderate consumption of cow’s milk is the smartest choice (unless you’re lactose intolerant, of course).

Whether you drink dairy products is up to you. There are lots of health benefits, but you won’t be missing out if you have a balanced diet. It’s possible to have a calcium-rich diet from other food groups without relying on dairy consumption.

Milk has become quite a controversial drink over the past few years. More people are asking questions about where their milk comes from and about how the dairy industry works. While others are opting for plant-based milk instead. With so many myths about milk, you probably heard plenty of contradictory and confusing claims about what cow’s milk does to the body.

Does cow milk really cause serious diseases if drunk into adulthood? Does cow milk really give you strong bones? The truth is that there are pros and cons attached to drinking cow’s milk, but the benefits and hazards are maybe not what you would expect.

Is BodyArmor Drink Good For You? 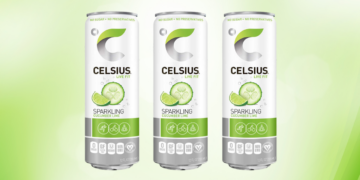 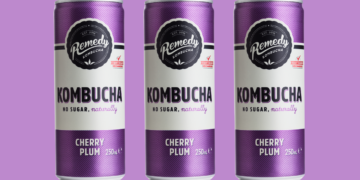 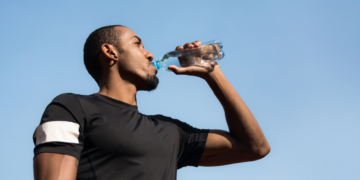 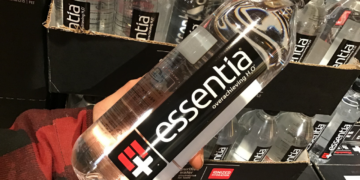 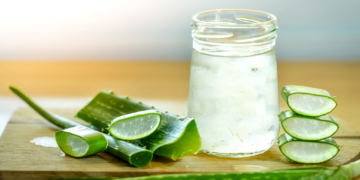 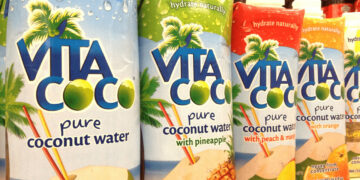 Drink Filtered is a publication that aims to educate and empower readers on topics around healthy drinks.